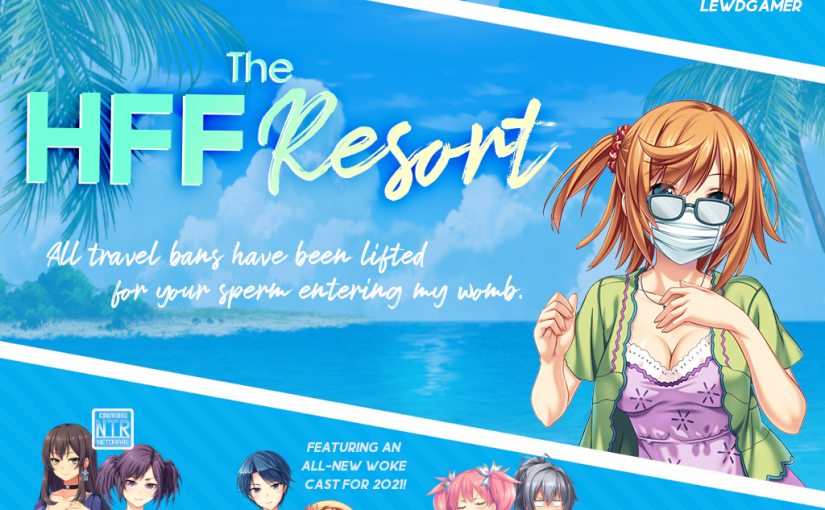 Do you want to impregnate anime girls? Do you get validation watching numbers increase to track made up stats? Do you like dead games that haven’t seen an update in 3 years? Then this is the game for you. Welcome to Haramase Simulator.

In the not so far off year of 20XX, the world has been devastated, a virus has wiped out 99% of the male population. You play as one of the few males left. With a card that lets you impregnate anyone, anywhere, you seek to repopulate the planet.
And now after about 3 years of waiting 0.4.0 is finally released. Some of you are probably asking, “But Possiblyanon, why should I give a shit about a game that was only relevent years ago?” Because, try as you like, nothing scratches that itch quite like this game. Not to mention it’s completely free with no patreon shilling, so what do you have to lose?

Talking to the Liaison on a new save on 0.4.0.2
NTR defender crosshair after updating a save from 0.4.0.x

Fixed many grammar and typographical errors
Fixed several bugs when loading saves from 0.4.0.0
Fixed a bug when hovering over the impregnations menu
Fixed a bug that prevented the time of day from changing back to daytime
after sleeping at the resort

It’s now possible to debug random girls when you add new ones
Image assets have been converted to webp, resulting in a smaller game size

H.F.F. Resort has been added to the game, allows you to play each day in the week with an absurd amount of stamina in total.
H.F.F. Card Levels have been added to the game
Added an option to work all week, and to study all week, with a single click. There is also a modest improvement to the outcome if this option is chosen.
New location: Fitness center
New location: Onsen
New item tiers for Stamina and Fertility drinks
Netori so you guys can just go REEEE

NTR Defender has been reworked
The Random Girl Engine (RGE) has been added to the H.F.F. Resort
Weekly exercise will yield bonuses to stamina & fertility
Some encounters chances have been modified
Rumines apology meeting at the pub is now at 100% chance instead of being random
Kurumi is now locked behind the appropriate H.F.F. Card Level

New to 0.3.0.0 is the Custom Character Creator. As such our recruitment requirements have changed. If you wish to join the dev team we will want to see a fully fleshed out character made utilizing the CCC.
You do not have to join the dev team to have your character published. If she is well written, and you want her in the game, we will add her in.

-Artists:
While we currently have way too many stolen assets to even consider making Haramase Simulator into a legit game, we’d certainly wouldn’t mind having some original art in it. If you are a drawfag, and you’d like your art to be included please contact us. Note that at this time, we can’t offer any kind of monetary compensation, this would be completely voluntary work. We can however, include in-game links to any platforms that you’re currently using to publish or sell your stuff (pixiv, DA, Patreon and so on.).

Bear in mind, that we will hold your art to high standards. Only good quality, colored and shaded art will be considered. No ‘western’ style stuff. Player base acceptance will also be taken into account, so it might be a good idea to post a sample of your work in the thread (or at least a link to it) before applying.

If you want to help, join our Discord group and introduce yourself.

-Android- (Not available yet, our Android guy hasn’t built it. But play it on PC anyway you filthy degenerates.)